Blue Origin: A Road to Space
×

Blue Origin: A Road to Space

Curiosity, ideas, inventions, and innovations are the yardsticks of human intelligence, pushing the boundaries of science and technology further to discover numerous galactic events and possibly new worlds. For centuries, humanity’s interest in the heavens has been universal and enduring with an intangible desire to know more about what lies beyond the Earth’s atmosphere—the outer space. According to Jeff Bezos, the owner of Blue Origin, “The Earth is finite, and if the world economy and population are to keep expanding, space is the only way to go.” Ever since the ‘space race’ between the United States and the Soviet Union began in the 1960s, there has been a boom in private aerospace companies worldwide that contribute to this campaign. Among them is the Kent-based Blue Origin, pioneering the design and development of next-generation reusable rockets and engines narrated by its expeditious and competent aerospace engineering. Guided by a vision to make space access affordable for the future generations, Blue Origin has laid the foundation for a successful endeavor of human exploration farther than where we have ever been before. A new road to space opens now.

A Peek under the Hood

Blue Origin—a space and defense company—is built on the core principle of preserving the integrity of planet Earth for the future generations by tapping into the unlimited energy and resources space has to offer. The company’s commitment to building a road to space is vetted by its history of developing reusable rocket engines and launch vehicles to lower the cost of spaceflight. Blue Origin is laser-focused on crafting cutting-edge infrastructure to enhance the human spaceflight capabilities, and achieve its vision of a bright and dynamic interstellar future for humanity to work and live in space. The company doesn’t just build reusable rockets, but crafts a culture around methodical innovation and exploration. That said, Blue Origin is driven by the motto of “Gradatim Ferociter” or a ferocious step by step incremental approach to accomplish its momentous endeavor to take people and payloads beyond Earth’s orbits with the reusable launch vehicles.

When it comes to making access to space affordable, Blue Origin is not one to take it easy with true operational reusability of rocket engines and launch vehicles. The company’s flagship offerings, New Shepard, a reusable suborbital rocket system, and New Glenn, a single configuration heavy-lift launch vehicle are designed with reusability at their cores, right from the very beginning. Blue Origin’s innovative vertical takeoff, vertical landing architecture enables the company to reuse the first stage of its launch vehicles with minimal refurbishment. The team at Blue Origin firmly believes that rockets should be operated more like an airplane, and not be disposed of after a single-use. On par with that belief, the company’s liquid-fueled rocket engines pave the way for precision landing of the used boosters on the platform during its descent from the Karman line. This provides optimal asset utilization of the company’s vehicles with maximum availability and a significant decrease in cost for the customers.

With safety and reliability instilled into the vehicle design, Blue Origin conducts rigorous test programs and crew capsule escape tests of various paces to ensure astronauts’ safety in any phase of flight. The company also runs an extensive payload program to drive more flight scenarios and efficiently iterate the operations and technical aspects of the reusable vehicles for human spaceflight. The company then leverages the learning from the New Shepard program, and casts it into the New Glenn development to scale up its capabilities and revolutionize the orbital market. All of this is in line with the essence of the Blue Origin feather, which represents the perfection of flight, bundled with freedom, mobility, progress, and exploration.

To the Earth’s Orbit and Beyond

Named after Alan Shepard, the first American to go to space, the New Shepard is specifically built to take astronauts and research payloads beyond the internationally recognized boundary of the space—the Karman line—in an 11-minute flight. With an acceleration exceeding Mach 3 upon engine ignition, the astronauts sitting in a capsule for six atop a 60-foot-tall New Shepard can find themselves climbing through the atmosphere against a force three times the Earth’s gravitational pull. At the Karman line, the capsule is detached from the rocket and is propelled into outer space while the boosters deploy drag brakes and make a vertical landing back on Earth. Upon re-entering the Earth’s atmosphere after its 11-minute spaceflight, the capsule deploys parachutes for a gentle landing in the West Texas desert. It is an experience of a lifetime for the astronauts.

The Earth is finite, and if the world economy and population are to keep expanding, space is the only way to go

Given New Shepard’s impressive mechanism to perform an 11-minute spaceflight, Blue Origin continues to turn the wheel of innovation further to accomplish its next big step—carry people routinely to Earth’s orbit and beyond. Blue Origin’s New Glenn, designated after the pioneering astronaut John Glenn and equipped with a reusable first stage capable of enduring 25 missions, is engineered to routinely carry people and payloads into outer space. This reliable, highly available, and cost-competitive launch vehicle comprises a 7-meter fairing attached with twice the payload volume unlike any other with minimal maintenance and inspection between flights. In other words, it offers more room for satellites and people with the freedom to add more capacity. What’s more is that New Glenn has no problems of launch and land through 95 percent of the weather conditions, making it a reliable option for payload customers. New Glenn’s high-performance and reusability for a minimum of 25 flights give it a competitive edge for a range of launch markets including commercial, national security, and civil.

Powered by BE-4, the world’s most powerful liquid oxygen/liquefied natural gas engine, New Glenn lifts off from Launch Complex toward the Karman line where the first stage separates and the second stage engine ignites. With a reorient maneuver feature in place, the detached booster accurately lands 1,000 km downrange on a moving ship, even during heavy sea-states. Meanwhile, the 7-meter fairing propelled by the second stage engine delivers the payload safely to orbit, followed by a smooth second stage reentry over the ocean. The BE-4 currently enables New Glenn to deliver over 13 metric tons of payloads to the geostationary transfer orbit, and Blue Origin aims to raise that figure up to 45 metric tons of payloads by 2021. Blue Origin has operational reusability of its rockets covered with thoroughly tested and qualified propulsion subsystems and high-performance engines capable of deep throttling for soft landings.

Behold! The Power of New Glenn

The Canadian fleet operator, Telesat tapped Blue Origin to launch its satellites for the low-Earth orbit (LEO) broadband constellation via multiple New Glenn missions to deliver fiber-like broadband services anywhere on Earth. This multi-launch agreement paved the way for Blue Origin to showcase the prowess of its New Glenn rocket in transforming the global broadband and launch markets. New Glenn’s 7-meter fairing, with twice the payload capacity than any other launch provider, became an ideal solution for Telesat to reduce their satellite deployment costs. Blue Origin then combined efforts with Telesat on a spectrum of technical activities to ensure the multi-launch program effectively met the performance and cost requirements. As Bob Smith, the CEO of Blue Origin, says, “Blue Origin is honored that Telesat has selected our powerful New Glenn rocket to launch Telesat’s innovative LEO satellite constellation into space. We are excited to be partnering with this industry leader on their disruptive satellite network architecture. New Glenn’s 7-meter fairing, with its huge mass and volume capabilities, is a perfect match for Telesat’s constellation plans while reducing launch costs per satellite.”

Having demonstrated the versatility of its reusable launch vehicles by delivering eight of NASA’s research and technology payloads into outer space, Blue Origin will have the proven stability of its configuration open to the rest of the world. The team at Blue Origin takes it upon itself to conduct frequent flights of the New Shepard and New Glenn, gliding toward their ultimate goal—moving heavy industries off Earth at lower costs.

Although a trip to the Moon is an already achieved feat, Blue Origin takes the payload capacity to a whole new level with a flexible lander called Blue Moon that delivers, hosts, and deploys a variety of payloads during the lunar journey. After years of extensive R&D and the company’s experience with New Shepard, Blue Moon’s technology is built on LH2/ LOX propulsion, machine learning-based precision guidance, vertical landing, and landing gear systems. The precise and soft landings bundled with a notable power supply to payloads via fuel cells will enable a sustained human presence and long missions on the Moon throughout the lunar night. When it comes to the payload capacity, the Blue Moon’s top deck and lower bays can accommodate large and ESPA-class payloads with standard ring port interfaces for easy off-loading. That’s not all; the lander can accurately deliver large infrastructure payloads to pre-position systems for future missions. The company is all eagerly looking forward to unveiling a larger variant of the Blue Moon, which is designed to land an ascent vehicle that simplifies the astronauts’ journey to the Moon.

Description
Blue Origin is empowered by a vision where millions of people are living and working in space by developing reusable rocket engines and launch vehicles that will dramatically lower the cost of access to space. Blue Origin’s record-setting New Shepard, powered by a robust BE-3 engine, was the first fully reusable vertical takeoff, vertical landing space vehicle, taking astronauts five times above the Karman line and landing safely back on Earth. The company’s New Glenn orbital launch vehicle, backed by BE-4, the world’s most powerful liquid oxygen/liquefied natural gas engine is designed for operational reusability, and can launch payloads over 13 metric tons into geostationary transfer orbit 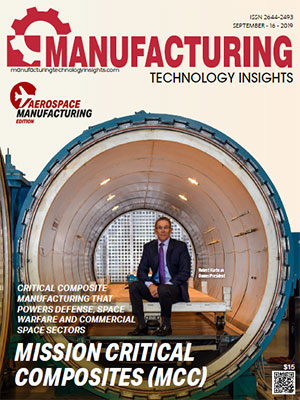